23 Oct My take on interest rates

As you may have heard, The Bank of Canada has raised the policy interest rate to 1.75% which in turn will force most Canadian financial institutions to increase their prime rates; most will be at 3.95% by Friday.

So what does this mean regarding rates today and rates in the future?

It must be noted that if I knew with 100% certainty what was going to happen to rates in the future, I would be a very, very rich man, no one can project rates years in advance, but there are some ways to guesstimate.

Let’s first have an understanding of what affects mortgage rates. For variable mortgage rates that go up and down, today’s rate increase by the Bank of Canada will affect those rates; it will also affect any lines of credit and credit card rates.

Non-variable mortgage rates (five-year closed for example) are not affected today by the Bank of Canada’s move, as they are a result of what happens in the Canadian bond market.

The two significant differences above is that The Bank of Canada is government driven and the free market propels the Canadian bond market. So even though the Bank of Canada has raised their benchmark rate, it does not necessarily mean that non-variable rate mortgages will rise.

Now let’s get to my crystal ball on rates, and as of today, it could not be a timelier topic.

My crystal ball is, we are going to possibly see the Bank of Canada and fixed mortgage rates rise by about .75% over the next 9 to 12 months and then a holding pattern with regular but gradual rate drops reversing .50% to .75% for 16 months after that.

So you ask how I have come to the above guesstimate, the following is my rational based on a cooking pot of different factors.

Historical Averages: For the past ten years a five year posted mortgage rate has averaged 5.18% which on average has been discounted by at least 1%. So for our purposes let’s assume that an averaged discounted five-year mortgage rate has been in the neighborhood of 4.25% percent. As of today, the average five-year mortgage is around 3.5 %, which puts us about .75% from the past ten year averages.

Inflation: Upward inflation is one factor that can drive rates up, for the most part, Canada’s current inflation is not worrisome and for the month of September pulled back to lower levels

The Consumer: As rates rise consumers pull back spending which in turn affects the overall economy and after that will affect interest rates. We are starting to see signs that the consumer is tightening their belts either from the previous rate hikes and or the concern about future rate hikes.

*One item I would like to note here is that today’s consumer is acclimatized to a very long period of low interest rates, my belief is higher interest rates will have a powerful reaction to upward carrying costs on debt.

US Corporate Earnings: Major corporations such as 3M, Harley Davidson, Ford, and Caterpillar have announced that they are running into issues with sales and also their costing, these corporations have stated that is in part to tariff wars spearheaded by the current American administration. If publicly traded companies start to feel the pinch from the consumer and higher costs, this will turn into lower profits and a run on the stock market. When money is pulled out of stocks, it usually flows into bonds which will then drive down lower yields. The net effect is this would lower interest rates on fixed terms

Global Concerns: The Trump trade factor is starting to take its toll, and there are concerns that the flow of goods globally could be in the early stages bottlenecking. Finally, the EU internal issues and Brexit are also of concern, and there seems to be a general overall uncertainty.

So my conclusion as to my guesstimate is that we have some wind in the sails of rate hikes, but I believe this will be short-lived, let’s check back in 18 months to see how my crystal ball performed. 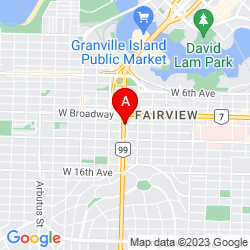 Connect With Me Online